Why Aren’t You Using Snapchat to Grow Your Brand? 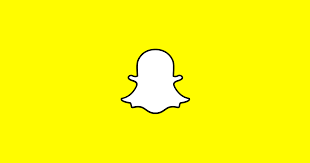 Did you know that every day, across the United States alone, more than 150 million people (and counting) are using Snapchat? That’s according to Snapchat’s own internal data of their photo and video messaging app. No longer reserved for teenagers, the social media platform has been embraced by corporate giants across multiple marketplaces and counts enterprises Verizon, Coca-Cola, Gatorade, and JP Morgan Chase amongst its most successful users.

With massive user numbers, validation by well-known corporations, and the fact that there are more than a billion videos watched via Snapchat every single day, any business not Snapping to that audience is way behind their competition.

5 Ways to Use Snapchat as a Marketing Tool

Is There More to Snapchat for a Business?

There sure is. The five Snapchat uses listed above are merely the foundational building blocks for businesses to grow their social media presence. While the app can prove a bit daunting for new users, once mastered, it provides unlimited opportunities for commercial entities to get their brand’s message in front of a broad audience.