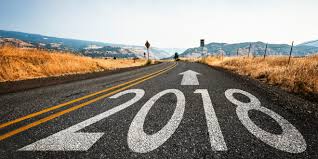 Wow, has it really been a year since our new President took office? 2017 has been a crazy year, to say the least. Through the peaks and valleys of each of the past twelve months, social media seemed to take center stage in many ways, both good and bad. There were also plenty of divisive tactics employed on each platform and some trends such as “trolling” that will hopefully start to taper off as we ease into 2018.

On the upside, however, Twitter introduced a 280-character format last year which allows users to complete their thoughts rather than abandon them after ten rounds of edits to meet the former 140-character limit. Also, live streaming exploded onto the scene and proved to be instrumental in capturing the world’s attention through open public reporting.

Even before we lay 2017 entirely to rest, it’s time to start getting a jump on your social media strategy for the next year because social media never rests. You can expect the following three trends to pick up speed over the next twelve months:

The growth and popularity of video content have both continued on an upward trend over the past couple of years, and that direction shows no indications of slowing down. Because of the amount of content thrust at consumers via multiple mediums and outlets, they are choosing to watch the events occurring the world around them rather than read about them as a form of information consumption and time management.

On platforms such as Facebook, Twitter, and Reddit, videos have been proven to garner higher levels of engagement (retweets, shares, likes, and comments). Whether you host a blog or a YouTube channel in addition to your social media accounts, you’ll need to start incorporating video content to capture and maintain your fans’ attention.

While Facebook is the most significant social media site regarding users and popularity, it isn’t the only big player. The “Stories” concept has worked magnificently for Snapchat and Instagram and is now taking hold on Facebook. Snapchat Stories and Instagram Stories offer brands the opportunity to create and share well-timed content with all their followers simultaneously.

Currently, more than 200 million people use Instagram’s Stories every month – 50 million more than those using Snapchat’s Stories feature. At the rate Stories are growing in popularity, businesses looking to connect with their audiences must embrace not just the Stories feature, but video content as a whole.

The thing about the second largest generation in America, the millennials, is that they are tech-savvy enough not to want their online activity to follow them into late adulthood. And Generation Z, being born into technology, are right on the heels of millennials with their desire for ephemeral content.

Content that creates a scarcity effect by disappearing within a short time generates a lot of buzz with consumers. If you’re familiar with the FOMO concept (fear of missing out), then you know how much societal pressure drives individual actions.

Whether you are offering QR codes for custom lenses on Snapchat or broadcasting a live event where the recording of said event will expire in 24 hours, you’re sure to get many of your followers to bite and take action (read: convert) simply because they won’t want to miss out.

Gen Z is the next big advertising target for most businesses and brands, but millennials are still the dominating generation of consumers requiring your immediate attention. It was the millennial generation that lived through the advent and metamorphosis of the Internet, social media, and advertising campaigns of the past three decades. They have grown to distrust traditional advertising which they perceive as basically a shotgun blast of irrelevant content aimed in a general direction.

Instead, this demographic wants content that is meaningful and valuable to them in some way – personalized content, if you will. They want to buy from brands whose messages resonate with their values. And guess what? Gen Z is picking up the same habit. That means you’ll have to study up on your target demographics if you want to engage the largest audience and achieve success through social media.

Every person wants to feel as though they are understood. They want to be validated in some way so delivering seemingly personalized, and relevant content to them is how you can connect with your fans and customer base.

Knowing your target audience well, and creating different online personalities tailored to each of your target demographics can help you further your brand’s reach. When crafting your online personas, take the following into account each time you create content for their consumption, and you’ll see a positive return for your efforts (much of this information can be found in each social media platform’s analytics tools):